My husband and I have been living the debt-free lifestyle from the very start. We got married almost 12 years ago and found Dave Ramsey right from the get-go. We already had about $16,000 in credit cards and loans accumulated, but we didn't have kids yet, so with 2 incomes it wasn't too hard to pay off. 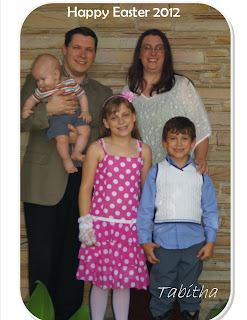 Well, that changed. We lived completely debt-free (no mortgage, no car payment, no debt at all) for 7 years--then WHAM--we were sucked in. We wanted the life everyone else had. We felt uneducated, we felt behind...we felt the pressure. Our lives had been fine, but things just don't move as fast when you're living without borrowed money. We couldn't buy the nice furniture, everyone else gave better gifts (much better), and people seemed to notice that our clothes never changed much.

We bought into the credit cards aren't all bad mentality and 1 card became 2 and then 3. It started slow and then grew into this ugly monster.

All at once the well-he-is-so-I-can, elementary games started. He spent $200 on golf clubs, so why can't I spend $200 on a desk? Mature. Yep-that was us-picture of maturity.

I felt like a queen walking through Walmart putting more than necessities in my grocery cart! A rug for the bathroom. Curtains for the kitchen window would look awesome. Why sure I'll go on a date with you at my favorite restaurant. A movie every week--sounds fun. It truly felt good at first. I think that first couple of months were a bunch of blurred denial!

Then, it was wake up time. The alarm sounded. Our bills were coming in faster then we could pay them. I'm actually thankful for how low our income was at the time because it might've taken longer to notice the change otherwise. But...we ignored the warning signs for a full year. We bought a car, but had nothing else to show for all the debt--about $20,000.

I know it doesn't sound like a lot when so many have a whole lot more, but that was 2/3s of one year's income! And we gathered it in one year!

Next came the scared stage. We could no longer pay everything, even cutting back. We were in a debt cycle, paying the car loan with a credit card, paying one credit card with another and buying groceries on our credit card just to eat. I sat in the kitchen one night with my best friend and told her everything. I sobbed. She had known me for the whole 7 years of financial bliss and didn't ever imagine us being unwise with credit cards. She gently confronted me and advised me to tell my husband how scared it was making me.

I took her advise and to my delight, he had no reservations. We knew we were not handling money the way we should've been. Josh, my hero forever, went straight away and got the two credit cards we owned. He snapped the Master Card in half. I cut both of mine in half, too. We left the Amex alone, but decided to put it away. No more spending for fun--we were done.

We've kept that Amex to this day, but lowered our allowed spending and changed our card to the most conservative we could. We owe nothing on it and keep it that way. (Why we decided on them is another post).

We stood there together...scared. We hadn't looked in our pantry first, we hadn't thought too much about the pain that was soon to come. We just did what we knew was right. I sort-of expected God to reach down and save us--and He did--but not as quickly as I'd imagined.

The following two and a half years were like surfing a tsunami when you hadn't ever seen a surf-board. They were shameful and embarrassing. They were scary and they were hard. There was one two week period of time when we didn't have any money to shop at all and we lived out of our already sparse pantry. People assumed we didn't care because we couldn't make church events because their "cheap" parties still required bringing expensive chips and cokes.

Our salvation came a year and a half after we made the decision to live without any more credit cards. It happened so fast it was dizzying. Josh came home one night and said someone suggested he put in a resume at this oil company. It didn't require a degree, which was unusual for that position. We didn't know if it would be a pay increase, but the possibility set heavy in our minds. We needed more money and fast. On the application we dared to put a number we thought was too high, but it was what we needed. We prayed and prayed for two days. Josh got the interview. I had butterflies. He would know the following week.

I told Josh, "I don't want to bug you by asking every day. If you get it bring me flowers and I'll know". It didn't take a week. He came home two days later with a bouquet of 9 roses. I was so excited I was jumping all over the living room like a kid. Josh was grinning from ear to ear. When I finally settled down he asked me to count the roses. That was how many 1000s of dollars more a year he would be making--it was far above what we had dared to ask! Josh still works for them--they're an incredible company.

It was still another year before we paid everything off and it was still hard, but we had food money and we even went out and had fun. It was such a relief that we could breath that we barely felt the pain. When it was all over and everything was paid for we took a deep breath and said "NEVER AGAIN!!!"

My favorite Dave Ramsey books can be purchased here:

Linking Up to these amazing blogs: 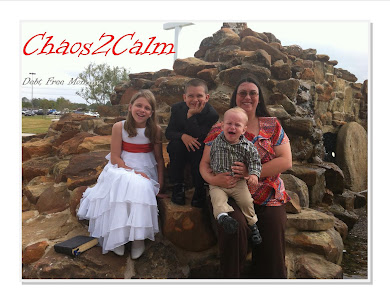 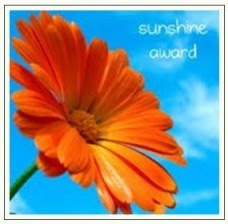 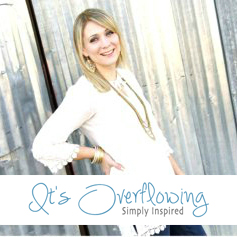